Once upon a pirate

While I’ve always been human, four years ago I was thrilled at the opportunity to become a Humaan. It wasn’t hard to notice the fine work Jay and Karen had been doing at the time but I never thought I realistically stood a chance at winning a position to work alongside them. I had a year and a half of industry experience up my sleeve and I felt like I had just started to crawl, while these olympians were marathoning without breaking a sweat. These people were just so damn good! A coworker recently wrote a reflection piece on his first year at Humaan and I found myself consistently identifying with the same feelings of trepidation and self consciousness.

I’m now entering my fifth year at Humaan and I can testify that those feelings have long since dissipated. There were many breakthrough moments that transitioned me to where I am now and I widely credit those wins to a skill-set I acquired from an unlikely source. It wasn’t a web conference I attended or an internal review, it was theatre. I want to tell you the story of how I first discovered theatre, what I learnt from the experience and how it has affected my career in web. If you don’t like stories or this is too tl;dr, skip to my closing statements and I’m sure you’ll get the gist. Otherwise, take a seat and enjoy. Once upon a time…

It’s 2007 and a thespian friend I liked mentioned that an amateur club was auditioning for a show called ‘Pirates of Penzance’, and they had an open audition for pirates. Although my whole family were singers and deeply entrenched in the arts, I had never acquired their passion so singing for me was something limited to the shower or at my desk drawing comics.
But I figured I liked this girl and pirates were pretty neat so what the hell, I’d give it a shot. A week later, I found myself among some fifty people trying their luck at a spot in the chorus. What the hell was I doing?

After apprehensively learning and stumbling my way through the dance portion of the audition, I was herded into a small room to sing a shanty for the director and co. We sang as a group before the musical director isolated a few to sing by themselves. As it dauntingly happened, I was one of those chosen. We were to stay behind and audition for a character called ‘Frederick’, a youthful, green character who was new to the pirating life. In my mind, there was no way they’d cast someone who hadn’t done a lick of theatre in their life so I finished my audition, shook all of the hands and then went home thinking nothing more. Hopefully I’ll get to be a tree, or something.

Then I received the call: They wanted me for the role. My family were the performers, not me, the quiet, introverted comic book artist. But I had filled out the paperwork, learnt the dumb dance, sung the stupid shanty and said the words from the book. I had given every indication this was something I wanted to do…so I ruddy well had to now. 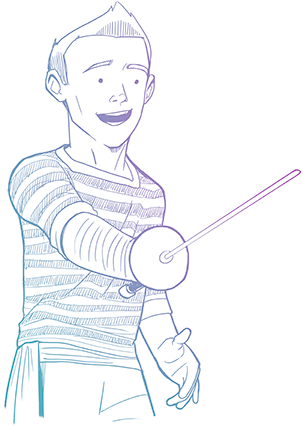 At first, the learning curve was steep. I couldn’t read the lines and block the scenes at the same time. Whenever I had to read I would be frozen in step, full of fear. I was in over my head and I knew it. I knew it in me bones, yarrrgh! What’s more, half the cast knew it too. But then something interesting happened; bit by bit everything I needed to know clicked into place. It didn’t happen straight away and it didn’t happen easily, but a little push, a lot of fear and a deadline were powerful grounds to build the set of skills I needed to accomplish the task in front of me. The three month long experience was transformative. With the opportunities and experiences the production afforded, I had become a completely different person. I had a new perspective on life, a broader set of skills, a heck of a lot more confidence and a knowing conviction that I could become more.

This experience I had in my twenties taught me a lot about myself which in turn affected my career. When I began looking for an introductory job out of university I had only tinkered with personal websites and my knowledge of web was limited to basic HTML/CSS; I was not yet an industry asset. With my design portfolio and basic knowledge of web, I was given a great starting position with a web agency where I was mentored and brought to an industry level. A year and a half later I joined Humaan and found myself again in the deep end, full of fear. This time however – and this is going to sound funny -I knew how to break through because of those three months I was a pirate.

What theatre taught me about design 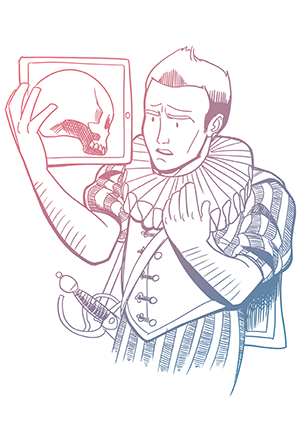 Direction
When focusing on a project and working closely with a director, project manager or client, it’s vital to understand their vision, not your own. The more questions you ask of their vision, the smoother and more in touch you will be when executing.

Absorb
Every musical production is full of differing skill-sets. From singers who can’t dance, dancers who can’t sing, directors who can’t sleep, everyone has advantages and disadvantages unique to themselves. Whether on the boards or in the office, the people who surround you are your greatest resource. No matter how good you are (or think you are), everyone has something they are good at that you are not. Seek these people out and become a sponge, soaking up as much knowledge from them as possible. In turn, you will then be in a position to teach others.

Conveyance
Reading scripts and working out how to say a line in a particular way to convey the proper meaning is 90% of an actor’s job. Whether you’re speaking to a client over the phone, replying to an e-mail or conducting a design brief, how you communicate information is crucial. Learning how to control your tone of voice, body language and intonation allows greater control over the communication of information to your audience. Especially in an age where most communication is digital and tone of voice can easily be misinterpreted.

Resilience
Putting a production together is a daunting task, but it doesn’t happen overnight. It happens over many, many rehearsals, one scene at a time. If a task is seemingly overwhelming, break it up into smaller steps, learn what you need to know from the resources available and take it one step at a time. Being resilient to adversity is the first step to overcoming your challenge.

Deadline/Comradery
The show must go on! A deadline is a common goal which unifies each individual together into a team. Rallying together with actors, singers or co workers to complete a production or project is an opportunity to create bonds with each other.

I was able to become the Humaan I am today because of the transformative experience I had with theatre. Through theatre I learnt how to be a better communicator, student, teacher and team member, adding up to a better employee and worker. I am so thankful for that experience, and also who – through a sliding door event – I became. So often we look to our industry for methods of self improvement, but I want to leave you with a challenge. Rest assured, it’s not to join a theatre troupe; that obviously is not for everyone. Next time you’re proposed with an opportunity to get involved with something you don’t necessarily think you’d be good at or perhaps isn’t quite you, step out of your comfort zone and get involved. You may be surprised what you learn from the experience and what you learn about yourself. 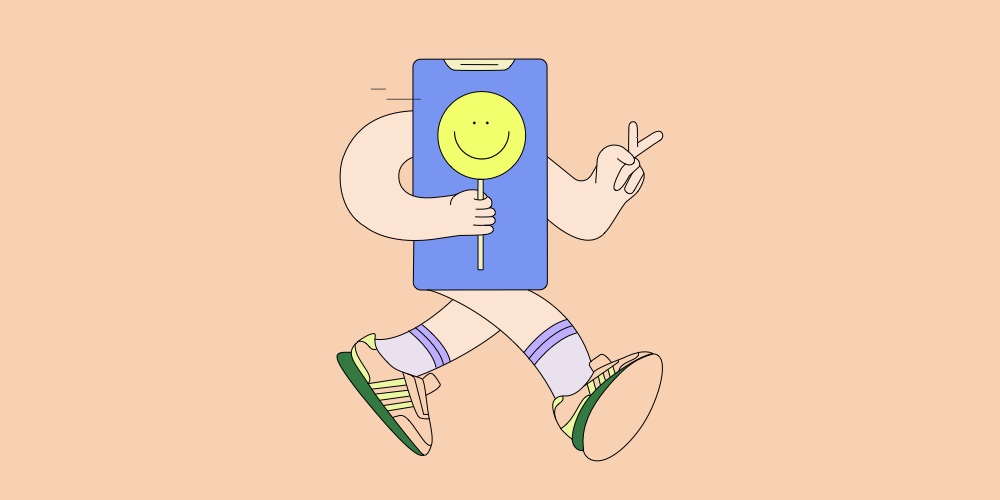